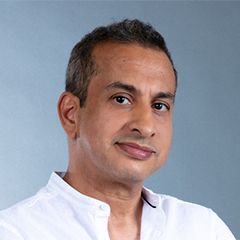 Dr. Riad Hartani is an Advisor at Wireless 20/20 that focuses on 4G and Mobile Broadband Network strategies and business development. Riad is an active contributor to various industry fora, such as the IETF, ATMF, ITU-T, OIF, IPv6, IEEE and the 3GPP, and a frequent speaker and panelist at international industry events. As a highly regarded technologist, Riad has directed a wide range of engineering and consulting projects including communications infrastructure, broadband service provider strategy, mobile network infrastructure, enterprise networking strategy, information technology and applications.

Riad was recently Head of Worldwide Systems Engineering at Wichorus (acquired by Tellabs), whose focus was on building 4G network systems. Prior to this he was Head of Global Technology Solutions at Anagran (acquired by Saisei Networks), and the Chief Architect with Caspian (acquired by Sable Networks), which developed advanced internet routing solutions.

Dr. Riad Hartani holds two Engineering degrees and a Master’s degree in applied mathematics and systems/computer engineering. He was awarded a Doctorate in Computer Science (Artificial Intelligence) with highest honors from the University of Paris, was a doctoral and post-doctoral fellow at the University of California, Berkeley and completed Executive Education in Business at Stanford Graduate School of Business.

Wireless 20/20 can support your management, marketing and product development teams with both on-site and off-site consulting support.